Grimana LTD. GozoNewsEventsFarming in a changing climate: How Gozo faces the challenge 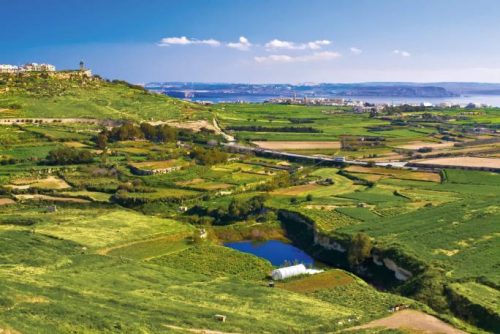 A study of Gozitan farming trends finds that urgent work needs to be done to ensure local farmers are ready to face the challenges posed by climate change. But a generational divide may be the key to it all.

Local farmers need to be given easier access to information of climate change if they are to adapt to its effects in time, a situation made all the more urgent since evidence shows that the older generation of farmers tends to be dismissive of climate change as a whole.

This emerges from a study published in The European Journal of Agronomy which looked at how Gozitan farmers in particular perceived the threat of climate change to their practice.

What emerges most strikingly in the study – conducted over December 2013 and February 2014 and penned by Charles Galdies, A. Said, L. Camilleri and M. Caruana, all from the University of Malta – is that Gozitan farmers are strictly stratified on the issue, with the writers even managing to divide them up into distinct ‘categories’ based on how they responded to their survey.

Basing their research on a sample of 172 interviews – with 111 being conducted with crop- and fruit-cultivating farmers and 61 with livestock farmers – the group of academics came up with a clear distinguishing mechanism for local farmers which reveals their attitude to climate change.

The typology of Gozitan farming

The authors pinpointed four ‘types’ of crop- and fruit-cultivating farmers and three types of livestock farmers that predominated in their survey (SEE BOX). The former category is made up of ‘The Innovator’, primarily made up of the younger cohort of farmer (who sees climate change as an active threat and seeks innovative solutions with which to tackle it), who is counterpointed by ‘The Conservative’ who, while not a climate change denier, believes that traditional methods are best placed to allay any adverse effects emerging from climate change. On the flip side of that coin are ‘The Disengaged’, who have no set opinion on the issue and are reluctant to make any changes, and ‘The Sceptical’, who take an entirely passive stance.

Among the livestock farmers, one also finds ‘The Innovator’ – who ultimately believed that the “do nothing” approach could also be damaging to profits – as well as the ‘Profit-oriented/ entrepreneurs’, who will weigh implementing climate change measures against their economic necessity, and ‘The Disengaged’, who don’t believe climate change to be a real threat and who attribute any changes in the climate to “natural” cycle.

The authors felt that the study would benefit from such a typology as they believed it would, “help understand and describe the variation of local farming community clusters in terms of their socio-economic and environmental valorisation”.

“Such an approach, which is also used by social scientists and marketing professionals, can help the formulation of particular farm extension funding programmes, communication strategies and related strategic plans at the local level (including awareness-raising and training),” they add, while also stressing that identifying these distinct “types” of farmers would help to create “effective key messages” relevant to each of the typologies.

One of the key overarching points to emerge from this typology is the fact that, while there may be differences of perception or opinion on climate change among Gozitan farmers, a large majority of them do acknowledge that there have been shifts in the climate over the years. However, it is still only the farmers in the 26-45 and 46-64 age range who actively acknowledge climate change and believe it to be something that should be guarded against.

In light of this – and perhaps unsurprisingly – the authors concluded that those farmers who believed climate change is in fact occurring were “significantly more likely to support adaptation measures”.

Among these, it was livestock farmers who expressed an overall higher awareness of climate change, though crop farmers who rank among the “believers” had some compelling evidence on hand.

Warmer climates – they claimed – were also leading to the introductions of new cultivars in Gozo, which in turn came with new pests that they often found themselves ill-equipped to deal with effectively.

Too hot, too dry

Despite some of these already-stated differences among farmers – particularly among the larger generational divide – the majority did agree on the main climatic factors that are (sometimes quite literally) changing the farming landscape of Gozo.

“Results showed a common agreement between younger and older farmers who perceived negative climatic consequences to their farming practices,” the authors of the study state, stressing that increased heat and prolonged drought conditions were the “main culprits”.

The majority of the farmers they spoke to also confessed that their annual productivity has decreased when compared to previous years, with the authors citing the example of the “loss of 11.6% and 14.8% in value of fruit and vegetables sold in 2011 compared to the previous year”.

The perception of these realities falls squarely in line with what has been observed all around the Mediterranean, according to the authors. The authors of the study point to the incidence of increased heatwaves – a regular occurrence since the early noughties – to be both correct and highly relevant, since this type of weather phenomenon has a direct impact on agriculture. The concerns about water shortage are also borne out by the evidence.

“The number of the consecutive dry days [looked at in the study] showed a positive, statistically significant climatic trend, pointing to increased drought conditions”.

These shifts are all, in turn, “linked to the larger regional and global impact originating from a warmer climate”, the authors state, adding that, “The observed increase in maximum number of consecutive dry days due to an increasingly dry and warmer environment should negatively impact the agricultural sector – a scenario that is in line with the latest [Intergovernmental Panel on Climate Change] forecasts for the Mediterranean basin”.

SEASONAL TEMPERATURE CHANGES EXPECTED TO HIT THE MEDITERRANEAN BY 2100

1) Decrease in precipitation by about 5-6 percent

2) Likely increase of the length, frequency and intensity of warm spells or heatwaves

3) Increase in sea level rise projections of around 0.4-0.5m similar to global projections

Sadly, these challenges are all the more menacing for Malta which, being an island, is even more exposed to adverse climatic events for reasons which would perhaps be obvious. The authors of the study also note that economic factors play their part too.

“While subsistence agriculture has shown to be a basic necessity of food to islanders, agricultural activities are severely constrained by the smallness and insularity which deprive islands from any comparative cost advantage in a rapidly globalising world”.

And not only that…

Which is all the more reason why…

“Adverse climatic impacts… make small island states amongst the most vulnerable countries in the world to climate change, where national adaptation efforts are often constrained because of their resultant cost.”

A gloomy picture, to be sure – but one that the authors are not quite ready to leave at that. They suggest that more research is the next way forward, particularly of the kind that delves into both the differences and the similarities between Maltese and Gozitan farmers on this front. More importantly, however, the authors encourage active engagement with the farming community in any such future endeavours, reasoning that such an approach would ensure that farmers do not view any future climate change-conscious policies as being borne out of an excess of regulation or bureaucracy.

“This could be best achieved by means of active dialogue with the Gozitan farming community in order to integrate farmers into specific policy development activities related to climate change and to start addressing evident disengagement and scepticism by including these same farmers into the policy process.”