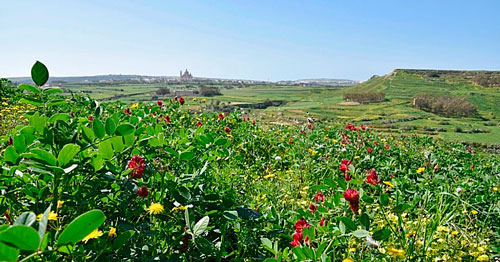 Nature Trust – FEE Malta has voiced its concern over the comments made on the current state of local agriculture during an interview featured in the media yesterday with Mr Malcolm Borg, one of the founders of the new NGO Ghaqda Bdiewa Attivi.

NTM said that the interview laments the fact that, according to official statistics, “70% of agricultural land is unused, and warns that the weakening of the agriculture sector is bad news for the environment for a number of reasons.”

The NGO pointed out that land utilised for agriculture provides a habitat for a number of iconic species of Maltese fauna, such as the hedgehog, wall lizard, gecko, weasel and snakes.

It also gives shelter to a diversity of insects, and provides food to pollinators, besides being an important indicator for gauging sustainable development and climate change, said NTM.

Soil acts as a buffer zone to absorb surface runoff and prevent flooding, the NGO explained. “Water trapped in the soil, if not utilised by plants, can percolate through the bedrock and augment the water table, which is in dire need of replenishment due to legal and illegal over-extraction.”

It also argued that fallow agricultural land is “unfortunately perceived by a number of people as being useless, and therefore risks falling easy prey to land developers, with planning officials often turning a blind eye, especially now that the frenzied pressure to clog up more and more land with buildings is becoming increasingly relentless.”

NT-FEE Malta called upon the responsible authorities to take urgent steps in order to save Malta’s agricultural land before it is too late, in view of all the above reasons “as well as to safeguard the self-sufficiency of our islands in food production.”

“The way forward is to protect the farmers and the industry by encouraging sustainable farming practices,” said NTM.

The NGO continued by saying that “it is useless to boast about the funds being given to farmers and to launch Rural Development and Local Development strategies with a lot of pomp, when there is clear evidence that all these measures are falling short of the mark.”

It also argued that the Rural Policy Design Guidelines are “in dire need of being revisited and should be shored up to serve their proper purpose, since their original raison d’être, i.e. saving dilapidated farms for the benefit of the farming community, has been forgotten, leading to their being used by development speculators as a convenient excuse to erect yet more building complete with pools, marring our countryside for the benefit of the rich and unscrupulous few.”

The NGO also urged Government to consider making unused agricultural land available on loan to all those who are interested in farming it.

It concluded that, “many families would relish the possibility of having a small plot of land where they can grow wholesome produce for their needs and keep in touch with an aspect of Maltese culture which may very soon be lost forever.”