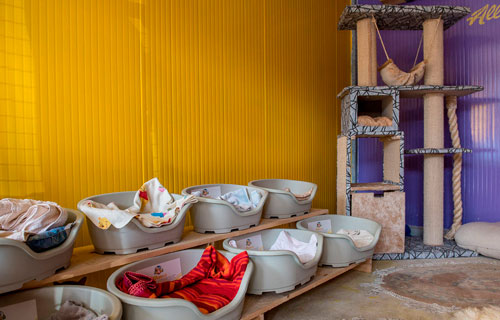 The Minister for Gozo Justyne Caruana has inaugurated a new section dedicated specifically to cats at the Animal Welfare Complex.

Dr Caruana said this has been a year of unprecedented investment in this sphere, from a human resource point of view as well as capital investment and these have resulted in better facilities and better care services for animals and their accommodation. The Minister said that following an improvement of dog pound facilities and the purchase of a new ambulance, it was time to also upgrade facilities for abandoned cats who are not adopted because they suffer some kind of disability.

Minister Caruana announced that in the coming days two campaigns are to be launched for the welfare of other animals and to decrease the number of animals abandoned. The Gozo Ministry is to implement a neutering programme for abandoned cats. Another campaign will focus on the neutering of dogs with the collaboration of the NGOs MSPCA u Dogs Trust.